“Where is My Maple Town”

June 22, 2018, New York City - The China-US Women's Foundation (CUSWF), a not-for-profit organization with offices in New York and Shanghai, announced it is showcasing the upcoming play entitled ‘Where is My Maple Town’, a play incubated by Shanghai Theatre Academy, which will premiere off Broadway in TheatreRow from August 24th through September 2nd.  Based on an ancient Chinese drama, the production will incorporate Chinese heritage and cultural themes containing both ancient and modern language style, including Sheng, Dan, Jing, Chou and Chinese opera. The play explores traditional Chinese culture and Confucian themes through the lens of contemporary interpretations. 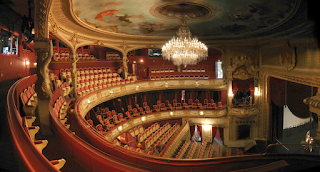 China-US Women’s Foundation’s Executive Director, Leslie Wolf-Creutzfeldt said, “We are delighted to support the production of an ancient Chinese tale and expose a New York audience to innovative Chinese theatre.  Rain (Yuting He) is an award winning  playwright and actress from Shanghai Theatre Academy who written a play which brings together ancient themes in a modern performance. We hope our CUSWF members and friends will attend the performances.”

The China-US Women’s Foundation promotes culturally diverse programs within local communities to enhance creativity, diversity and multiculturalism.
Genevieve Yiming Wang, producer of “Where Is My Maple Town”, said, “It’s an honor to produce Yuting’s work and with the artistic direction of Simone Teng, the play surely will add to the diverse culture spectrum in New York. As a team of young Chinese women, we aim to create platforms for Asian theater talents and to offer our own interpretations of ancient Chinese culture. We would love to thank China-US Women’s Foundation for promoting our play.” 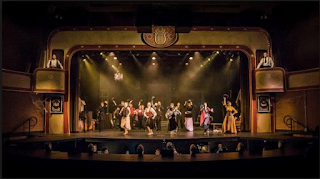 Rain Yuting He, the playwright said, “It’s like a dream to finally present this play I’ve been writing for more than three years on Off-Broadway. Through this journey, dozens of people helped me which makes me so grateful. In the US, a dream of creating something by ourselves brings us together, first is Genevieve, then the director, then more and more people joined in our group, together pushes this ancient Chinese story goes further. ”Where Is My Maple Town” tells a story of a good person in China who struggles to hold onto his principles in a society which conspires against morality at every turn. Li Yufeng, who has failed his exams despite his gifts as a scholar, gives into the temptation to cheat, which starts him down a treacherous path. This "ancient" Chinese drama is rich in humor, irony and social commentary, as it critiques how society changes a man into the sort of person he hates.
"It is a social comedy set in ancient China which causes us to reflect on society today and the price of our own success,” said Tony Award-winning playwright David H. Hwang, Rain’s professor at Columbia University.